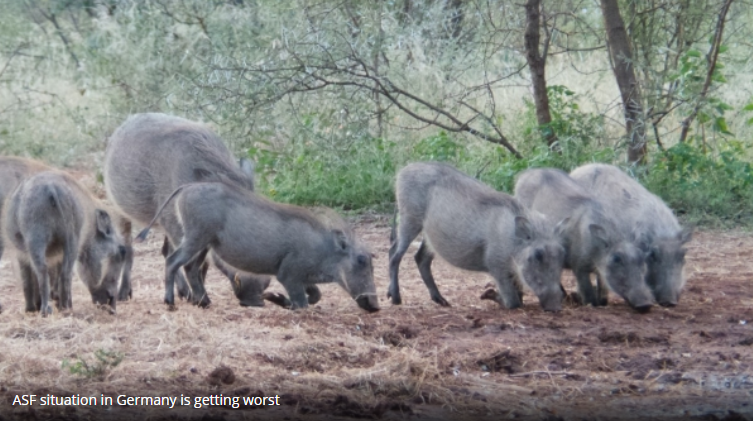 A group of dead and sick wild boars, comprising at least 30 animals, was spotted on the island Kustrin-Kietz, at the Oder river.

Germany has counted 55 cases of ASF in wild boars, so far, but the figure could skyrocket in the following days as officials from the district Markisch Oderland confirmed for the local media that a herd of 30 animals, “half dead, half clearly ill” was spotted on the island Kustrin-Kietz at the Oder river, near the border with Poland after an intense search that took place at the end of the week.

The image of the herd halved by the disease was captured by a drone and the island is now red-flagged by the authorities. At the same time, an intervention of the hunters is inappropriate due to the risk of wild boars running and spreading the disease further. “Taking action would be too dangerous, as sick may run away and further spread the virus”, confirmed Thomas Behrendt, spokesperson of the district Markisch Oderland, for public broadcaster RBB.

During the search, other carcasses were found and officials are expecting lab results before adding those numbers to the current figure of confirmed cases. The total risk area has increased to almost 2,200 square kilometres.
In Poland, authorities have confirmed since the beginning of the year 2,024 cases of AF in wild boar population and 99 outbreaks in farms.