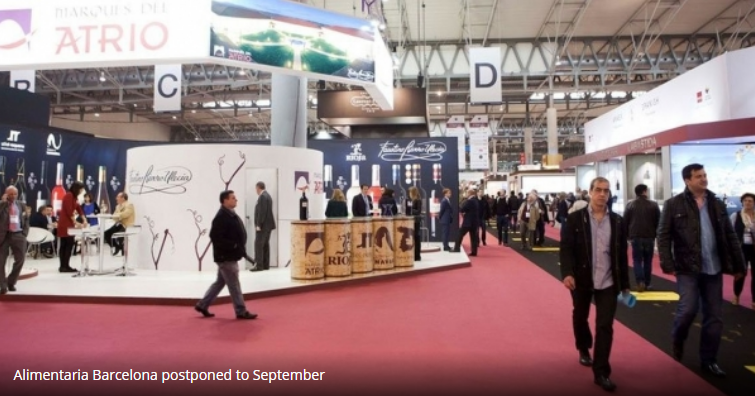 It is the second major event on food&beverage in Europe to change its date.

FIRA Barcelona, the organizer of Alimentaria and Hostelco trade fair, decided to change the date of the event from 20-23 April to mid-September in front of coronavirus threat. “Given the current international situation, this measure has been adopted with the aim of guaranteeing a great edition for its exhibitors and visitors, from many countries of the world.

Given the concerns of the sector for the international context, the Organizing Committee of Alimentaria and the organization of Hostelco (formed by some of the main companies in the sector in Spain), have considered it convenient to postpone their celebration from 14 to 17 next month September, thus ensuring the realization of a great edition with the highest commercial, networking and participation expectations of international visitors and buyers”, announced the organizers.
For the initial event planned in April, Alimentaria Exhibitions, a company owned by Fira de Barcelona, contracted 4,500 exhibiting companies, 1,000 of them from 70 countries. Before the postponed decision was made, the organizers were expecting bout 150,000 visitors, 30% international, from 156 countries at the fair.
At the beginning of the week, organizers of FOOD Expo Greece decided to move the event scheduled for 7-9 March to 16-18 May in order to avoid any new coronavirus outbreaks. “The surge in cases of the new Covid-19 strain of coronavirus in Greece together with announcement from the Greek Ministry of Health regarding the cancellation of all outdoor meetings and events in the country, have created exceptional and unforeseen conditions that make the successful outcome of the upcoming FOOD EXPO trade show incredibly precarious,” announced the organizers.