It’s hard not to worry. But you don’t need to stop eating leafy greens, experts say. Here’s what to know, and how to protect yourself.

Do you find yourself skipping the lettuce in your burrito? Shying away from salad bars? Maybe even spinach sends shivers down your spine.

Leafy green vegetables, notably romaine lettuce, have become the leading cause of E. coli, a bacteria that can bring symptoms ranging from gastrointestinal distress to kidney failure. As the Globe reported, there have been four E. coli outbreaks traced to lettuce since September, sickening people in more than two dozen states. Since 2017, there are nearly 500 documented victims and six deaths from leafy green vegetables contaminated by E. coli.

It’s hard not to worry. But you don’t need to stop eating leafy greens, experts say. However, it is important to consume them wisely. Here’s what to know — and how to protect yourself.

Understand the definition and the risks. “E. coli is a bacteria that can contaminate food during the growing, packaging, or preparing process. There is a specific strain of bacteria called Shiga toxin-producing E. coli that can cause severe illness and has been linked to the romaine lettuce food safety alert,” says Dr. Amy Forrer, a family physician at Emerson Hospital in Concord. “People who ingest the toxin can become ill two to eight days after eating it. Some people have mild intestinal symptoms, while others become gravely ill with kidney failure; some people will exhibit no symptoms.”

Certain groups are more likely to get E. coli, notably kids under 5, adults over 65, pregnant women, and people with a weakened immune system.

Bag groceries carefully. “Often, people are packing romaine that may be wrapped in one little plastic bag that you get flowers in with chicken right next to it,” says Stephanie Meyers, a registered dietitian nutritionist with Boston-based Families Eating Well and at the Dana-Farber Cancer Institute. “Storing meat next to lettuce in a reusable shopping bag is an opportunity for cross-contamination.” 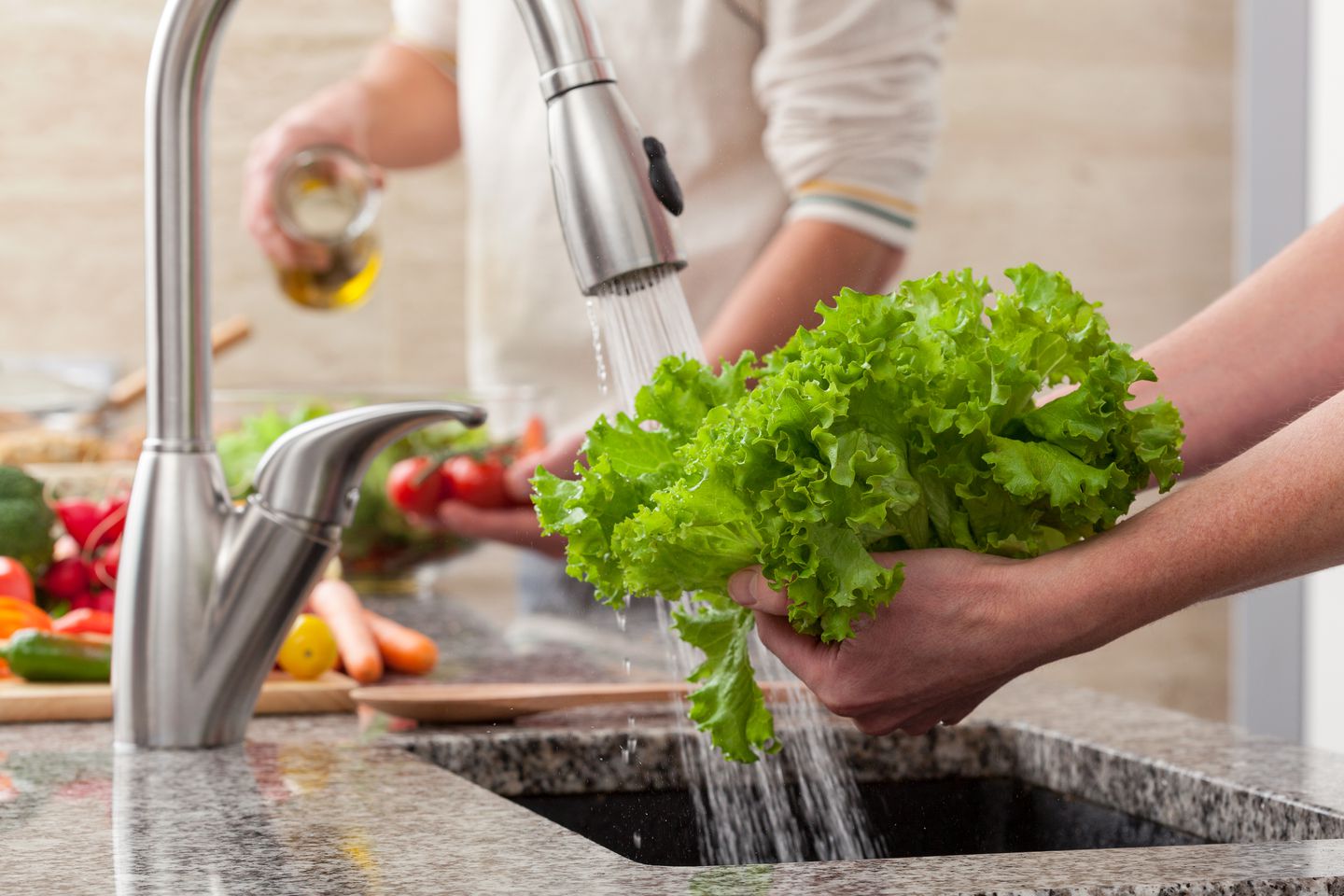 Washing veggies won’t completely zap your risk, but it does help.SHUTTERSTOCK

Separate sensibly. Once home, keep uncooked meats, poultry, seafood, and eggs away from ready-to-eat foods, and designate separate utensils and cutting boards. Make sure to keep your refrigerator below 40 degrees Fahrenheit. After shopping, food should be refrigerated within two hours, Forrer says.

Wash your hands. “The most important thing people can do is to wash their hands long enough to sing the ‘Happy Birthday’ song,” says Meyers, noting that dirty hands are the culprit in the vast majority of infections, often from fecal contamination. 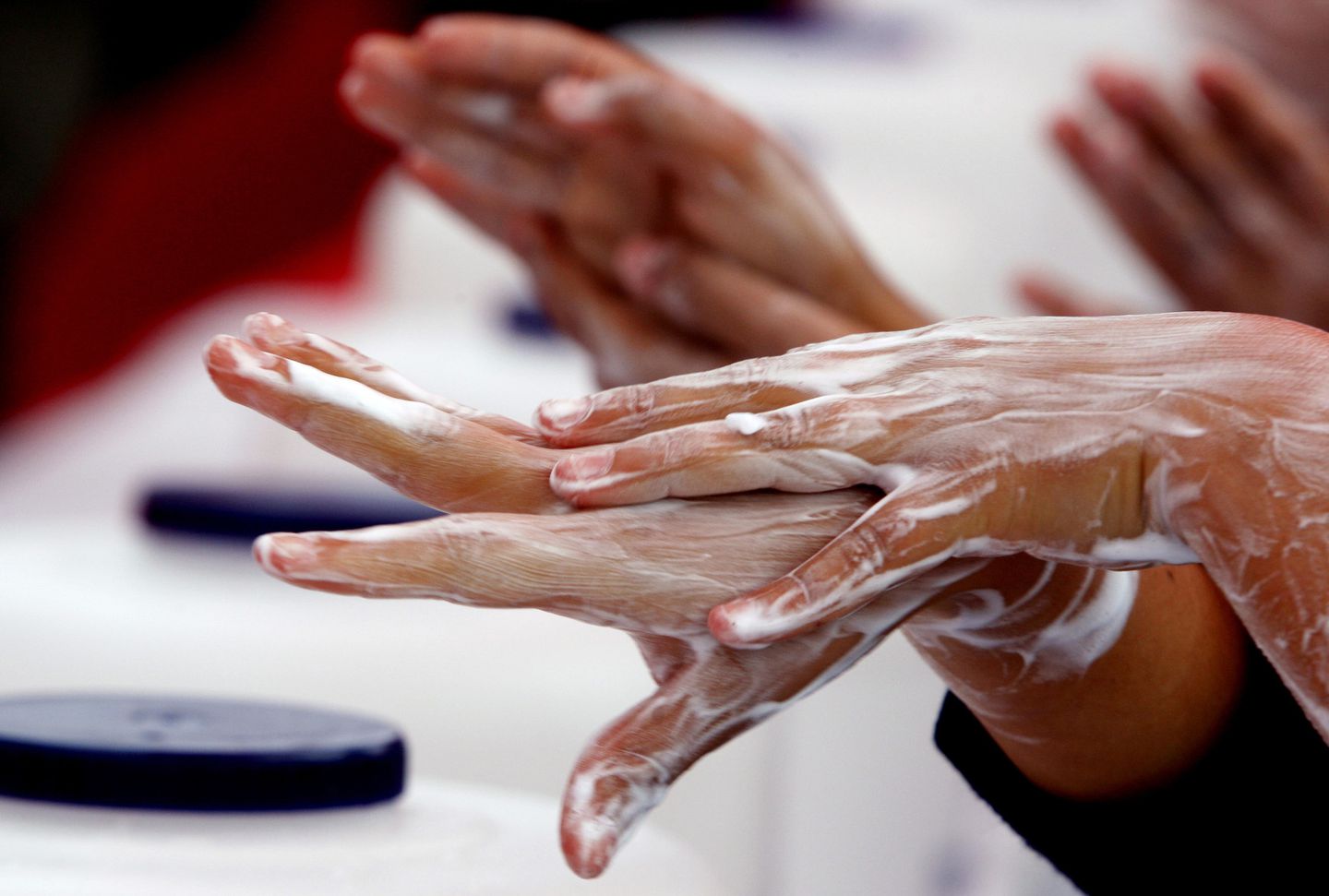 Dirty hands are the culprit in the vast majority of infections, so wash them for long enough to sing the “Happy Birthday” song, to be safe.REUTERS

Wash your veggies. It won’t completely zap your risk, but it does help, Forrer says.

Meyer abides by the rule of “S.” First, soak or submerge. “Cut the bottom off the greens to get the leaves loose. Don’t wash the whole head — you won’t get into the base. Separate the leaves, stick them a bowl of water, and soak for five minutes,” she says. Then “swish” them with clean hands. Finally, drain and rinse in a salad spinner, and then dry.

If all else fails, cook your greens. If you’re nervous, know that E.coli is killed at 160 degrees. As such, Meyers recommends sauteing greens, perhaps in a stir-fry, as opposed to eliminating them entirely.

“I want people to realize that it isn’t a wise strategy. The real threat is pretty low. Ideally, people aren’t fearful and incorporate them,” Meyers says.

And if you do get sick?

“Food poisoning, even from E. coli, may resolve on its own,” Forrer says. “Nonetheless, seek medical attention if diarrhea lasts more than three days; for fevers over 102 degrees; blood in your stool; or concerns that you’re getting dehydrated (dark urine or dry mouth or throat),” she says.

She encourages patients to stay abreast of the latest food advisories at www.cdc.gov/foodsafety/index.html.